Meerkat is the new black (which was the old blue) 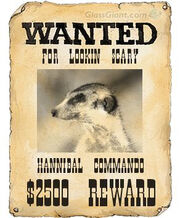 A day before the official opening at SxSW here in Austin, one application already became the talk of town: Meerkat.
People are going completely bananas over the little tool that allows you to stream video live in your Twitter feed.
CEO Ben Rubin and his team build the app in an astonishing 8 weeks, and can’t believe how the application that was launched on February 27th became one of the most popular apps in a heartbeat.

Millions of users (spearheaded by Aston Kutcher) now post live video to twitter. The application is so easy to use, it beggars believe: start the app, point… start your video, and it broadcasts live on Twitter. Indeed: “Everything that happens on Meerkat, happens on Twitter”
In pure Snapchat tradition, the video is ephemeral, and will disappear once you stop recording. Meerkat is only available for iOS, although the team just built a beta-app (view only) for Android… over the weekend. Crazy stuff.