No One Can Beat an Astronaut!

They are all here: Guy Kawasaki, the people from Glee, Bruce Sterling, presenters from National Geographic… at SxSWi, you cannot throw a hotdog in the air without making three dozen famous people profoundly unhappy. After hugging Randi Zuckerberg in the Samsung Blogger Lounge, I washed my hands in the lavatory with Baratunde Thurston, author of  How to Be Black.  I’m such a hipster.

And then, you need to see the crowd flocking around astronauts Ron Garan, Nicholas Skytland and John Yembrick . Nothing beats an astronaut. You could see the eyes of all men glow with excitement, the eyes of the kids with wonder and awe, the short skirted SxSW girls with desire… astronauts. The last super heroes have come down from their daily space explorations at NASA, to mingle with us common mortals.

NASA is prominently present at SxSWi. After star-space, the social space seems to be the universe that fits the Space Agency like a glove. While most brands still are struggling with the idea of getting away from their corporate logos online, and take on a more human identity online, NASA is way out there, miles ahead of the curve.

NASA is without a doubt one of the most advanced social media players. Every single mission gets its own social universe. The Curiosity robot jeep is happily tweeting from the red dust sandy heaven of Mars, you can interact with the Hubble telescope, tweet with astronauts in the Space Station and talk with mission control. William Shatner regularly talks with the new Captain Kirks circling around our little blue planet, giving them some wise Federation advice.

NASA’s social media efforts keep space exploration at the very heart of the population, and make the giant leap between humans and astronauts melt away like a Blue Cheese in a microwave.  It also proves that daring to make your social interactions more tongue-in-cheek, funny, human, honest and character-profiled pays off big time.

My guide was Alice, a 12 year old Space Camper. Her eyes were blazing with Space Holy Fire. She will be the captain of the ship that will save the population of Earth just before The Big One hits. I’m sure. Nothing beats an astronaut.

I’m not taking any chances, I’m securing my seat in Alice’s rocket. I’m following her on Twitter. 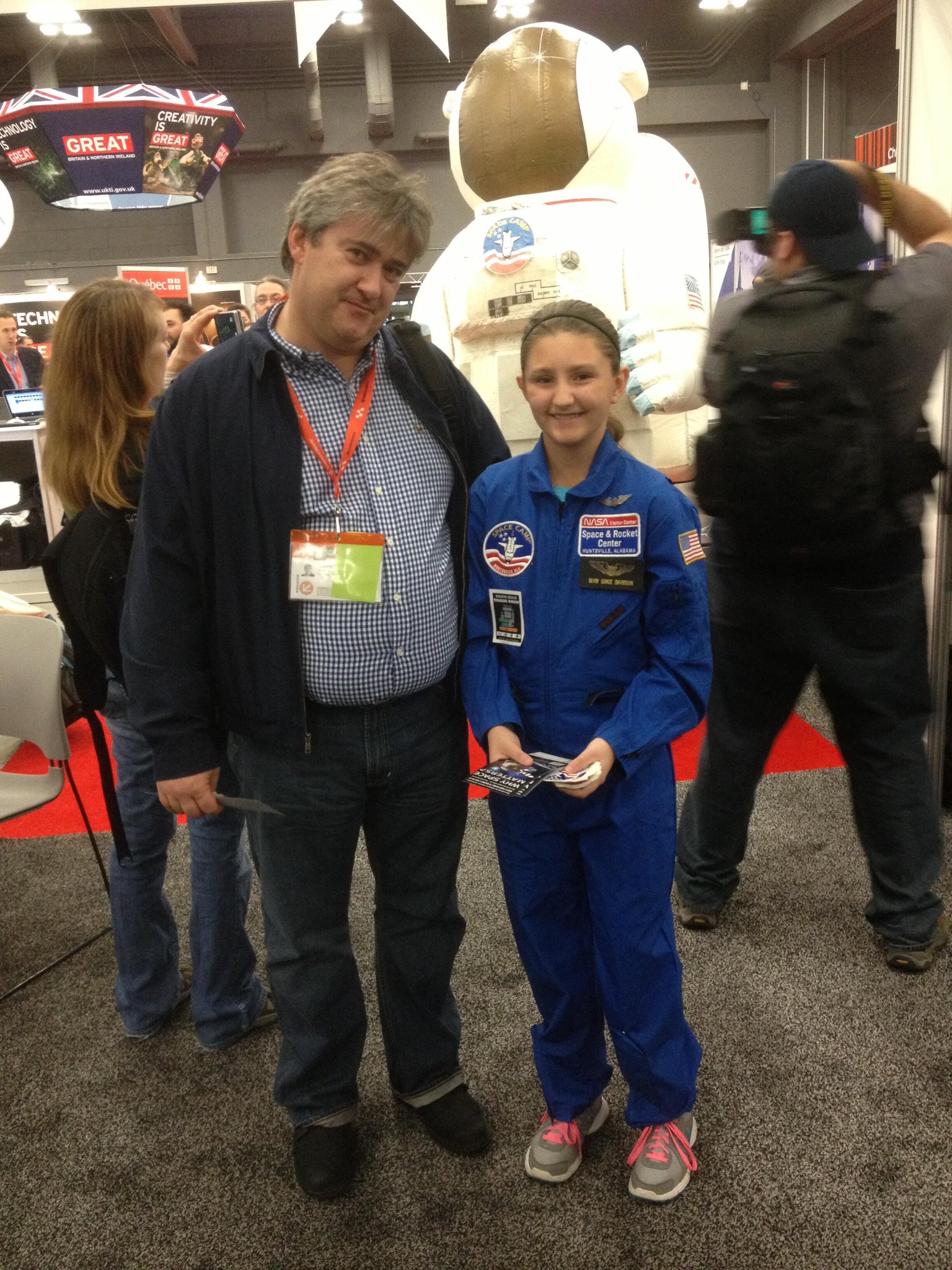